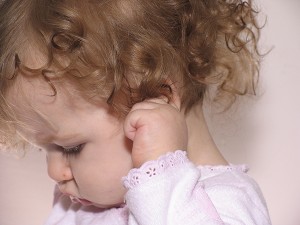 If you had pain in your ear when you were a kid, that may leave you with a pain of a different sort later in life, according to a new study.

Childhood ear-infections have long been linked to hearing loss in adults. Now, a British-based study that has been ongoing for a period of almost 70 years has provided new insights that might provide clues to a possible link.

The Newcastle Thousand Families Study has been monitoring over 1,000 babies from their birth in 1947 to study a wide range of factors relating to their health and development as they age.

“Our findings show that those who suffered from infections as a child were more likely to have a hearing loss in their 60’s.”

The study provides another reminder that hearing loss is not just a matter of getting older; and that it’s possible that environmental exposures and childhood illness can have consequences much later on in life. It also demonstrates that it’s never too early in life to be proactive about your child’s hearing health.

The findings were recently published in Ear and Hearing journal.