The Possible Link Between Hearing Loss and Neurocognitive (Brain) Disorders 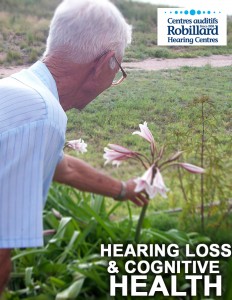 Researchers have studied the relationship between hearing loss and mental capacity for quite a while, and recent studies shine further light on how the two may be linked.
While research has not yet been able to definitively pin down a connection between your ears and your brain’s level of function, there is increasing evidence to possibly suggest that cognitive ability may be impacted by hearing loss.

Dr. Frank Lin from the highly regarded Johns Hopkins University in Baltimore, Maryland, has authored several studies on the topic. According to an article by the American Association of Retired Persons (AARP), one recent study suggested that hearing loss “seemed to speed up age-related cognitive decline”. The article states:

“In a 2013 study, he and his colleagues tracked the overall cognitive abilities (including concentration, memory and planning skills) of nearly 2,000 older adults whose average age was 77. After six years, those who began the study with hearing loss severe enough to interfere with conversation were 24 percent more likely than those with normal hearing to have seen their cognitive abilities diminish.”

While there’s no specifically identified reason that hearing loss can lead to dementia, some potential links identified in past studies have included:

Looking on the Bright Side

While it may seem cruel that hearing loss doesn’t discriminate, if a firm link can be established between hearing loss and mental health, there are some reasons for optimism about that discovery:

The important takeaway from this research, says Lin, is that people should take care of their hearing loss and hearing health as well as possible.